The afternoon of the morning that Jeff helped me with my photography, I went to a Buddhist temple called "Jing An Temple," which is probably the most well-known temple in Shanghai. It also happens to be just down the street from my apartment. I had been there once in 2008 or 2009 when a friend was visiting from Beijing, but that's the only time I'd been. Since the day of my second visit was "Qing Ming," China's day to pay respects to the dead, it was an opportune time to visit. (Plus, I already had the day off from work...)

I've had these pictures uploaded for at least two weeks, but haven't had/made the time to finish typing up my thoughts. Therefore, in order to get this blog out and not delay any longer, I won't say much other than the informtion I've attached to each picture. If you have any questions, add them in your comments and I'll try to answer them at some point in the future. 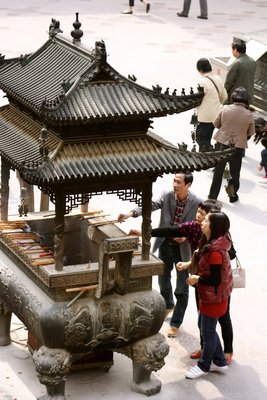 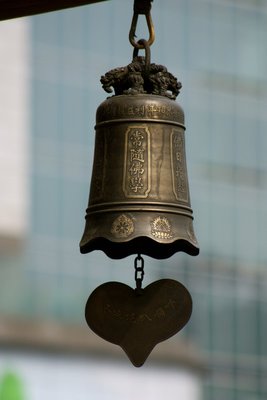 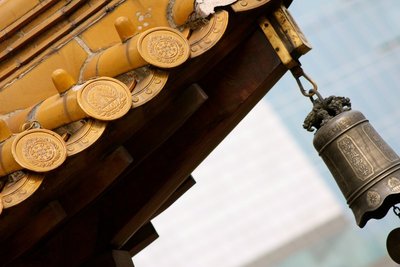 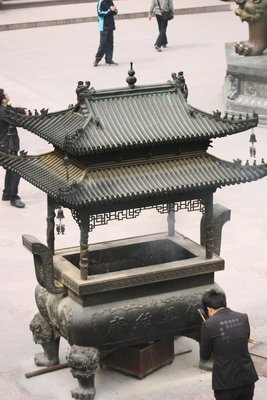 This young man was bowing with joss sticks in front of this 香炉 (the Chinese "xiang lu" is nicer than the English translation, "incense burner" - right after I took this picture, an older man made him leave this one and go to the more crowded one on the other side of the temple - maybe this one was reserved for special use or something 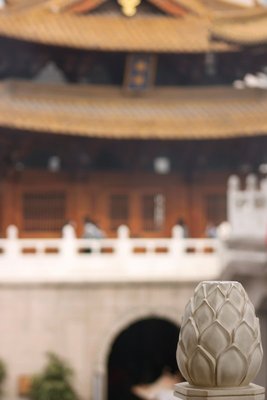 The lotus is a popular symbol in Buddhist temples - this one topped the balcony railing. The significance of the lotus is that even though it grows in mud, when it blooms it's very pure and clean. It's supposed by analogous to the pure Buddhist believers living in this dirty world 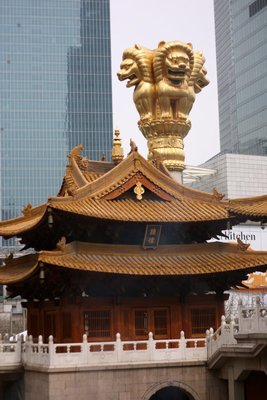 I'm not sure about the significance of the four-headed lion scepter, but my Buddhist friend told me that it's originally a symbol from India. When I first returned to Shanghai in 2008, this lion scepter was not here. Jingan Temple has undergone some extensive renovations in the past years and voila - now it's here 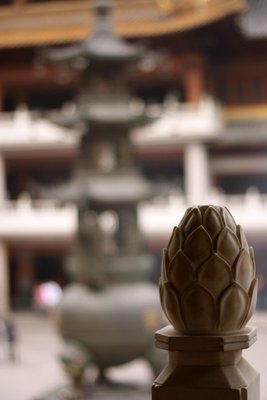 Another lotus newel post, this time with a 宝鼎(bao ding) in the background - it's just another place for people to bring offerings to Buddha, but nowadays people try to throw coins inside it for good luck 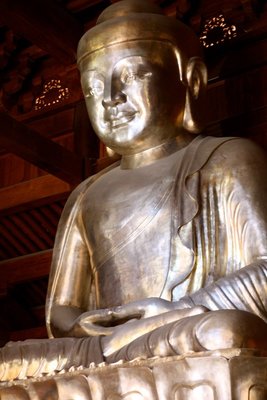 The silver Buddha inside the main hall of the temple 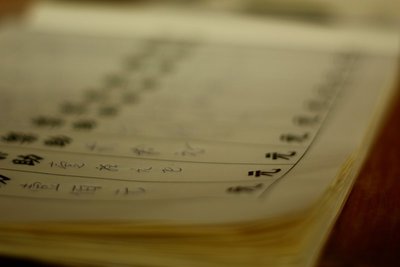 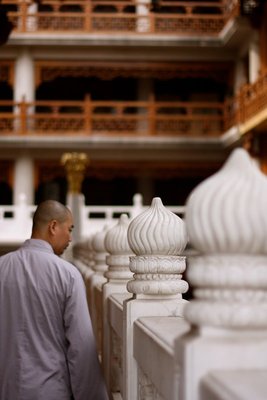 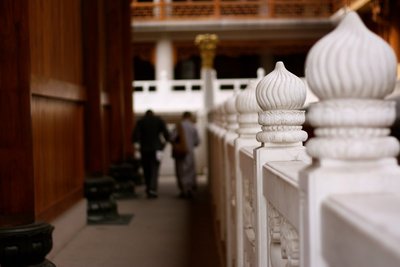 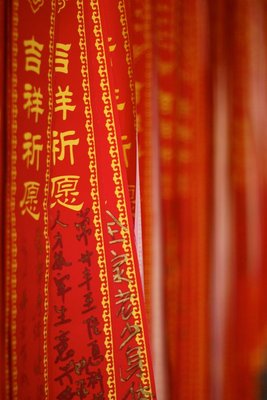 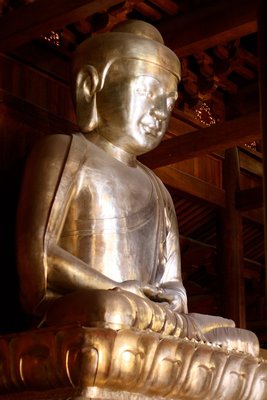 Another shot of the silver Buddha 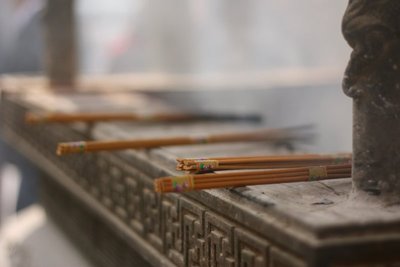 A close-up of joss sticks burning on the 香炉 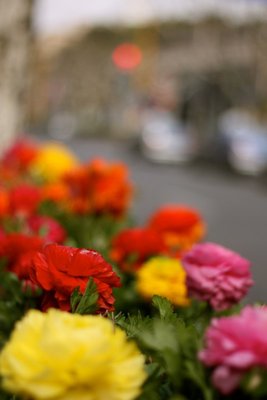 After leaving the temple, I walked home - this is a shot of flowers lining the street where I live

Before writing comments next to each picture, I asked a colleague who's a strong Buddhist to explain things to me so I could let you know about the different things in the temple. I think she was surprised that I asked her since she knows I'm a Christian. I had to assure her that I just want to know so that I didn't have to write something like "here's a tall thing in the middle of the temple that people throw coins into." Even though she knew she wasn't going to convert me, she was kind enough to take the time to answer my questions - thanks Rose!

Posted by feiheli 20:45 Archived in Cambodia