There's no such a thing as a free lunch

Wednesday, April 4th was a holiday in China. No, not because it was my brother's birthday (Happy Birthday Jerm!). Wednesday was "Qing Ming Festival." For those of you who've never heard of that, it's translated as "Tomb Sweeping Day." That means on this day, families go to the tombs of deceased family members and clean them - think of it as China's version of Easter. Best of all, as a holiday, that meant our school was closed for the day, so every teacher had the day off.

I've mentioned my Canadian colleague, Jeff, in the past so you may remember me telling you that he's a great photographer. He's also a pretty nice guy, so he'd told me he'd be willing to help me improve my photography skills. It's been difficult to take him up on his kind offer, however, since his days off are Friday/Saturday and mine are Sunday/Monday. I approached him the week before Qing Ming and asked him if I bought his lunch, would he help me with my photography. Fortunately, he said yes, so these are the pictures I took that day.

Since he was the one doing me a favor, I told him to choose a place he wanted to see and he picked a place called "The Cool Docks," Lao Ma Tou (老码头) in Chinese. Wednesday was the perfect day to visit - as a holiday where people are supposed to head to gravesites outside the city, this location in the city near the river was astonishingly devoid of visitors! That may not be such a big deal to those of you living in small towns or cities, but as a resident of a city teeming with around 20 million people, it's a very rare occasion to go somewhere where you don't have to fight through crowds and figure out a way to crop them out of the picture (if you want a picture without people). Suffice it to say, I enjoyed the opportunity and think the pictures Jeff helped me take were much better than I could do on my own!

"The Cool Docks" is near the river, which you've probably already guessed, and although the river isn't actually visible from the main square there, it's only a 3 minute walk away. Take a look: 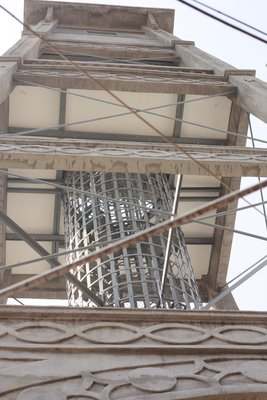 Standing at the base of a lookout tower in the small, old walled Chinese town that was Shanghai before all the foreigners arrived 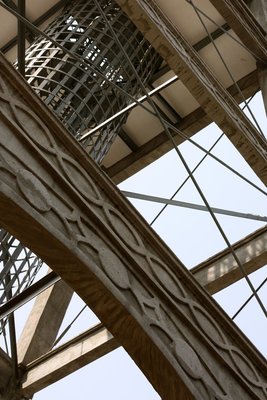 Another view of the tower 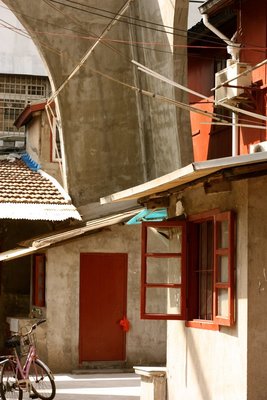 I think it's cool how houses and rooms have been built right into the base of the structure - it's hard to find a wasted square inch in Shanghai! 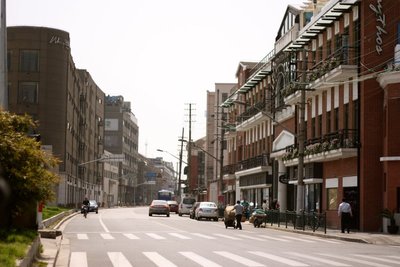 This is 外马路, (Waima Lu) which literally means outer road, the road fronting the river that runs parallel to it. This is further south of the "Bund," one of Shanghai's most famous and most recognizable landmarks. I'll include pictures of the Bund to this blog at a later date. Believe it or not, this shot reminds me of some of the downtown streets in Winston-Salem, NC, right next to my hometown of Kernersville 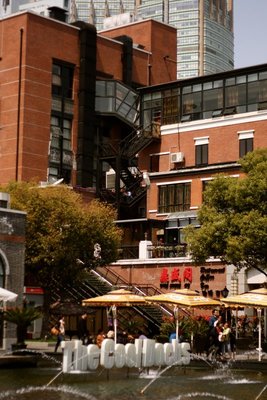 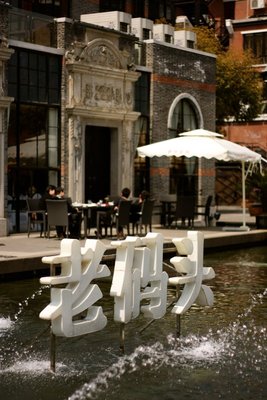 Another look at the water feature, this time with the Chinese name of the location 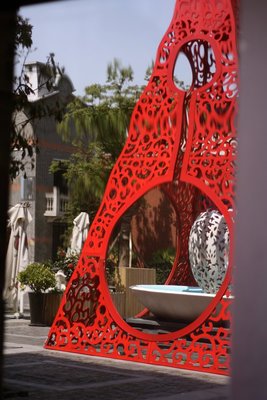 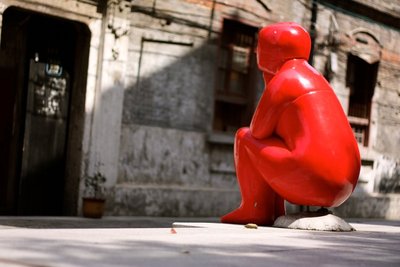 Since I was both unwilling and unable to lay on the ground like Jeff, I gave my camera to him to get this shot for me. There were lots of these red sculptures at the Cool Docks - I like how this one was gazing across the way at the shikumen 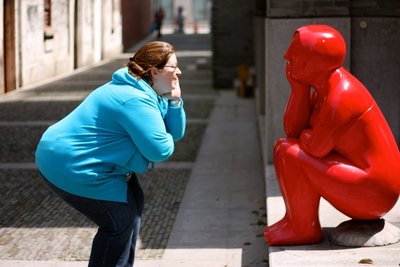 I can't squat as well as her, but we were aiming for a mirror image (Jeff was the photographer, of course) 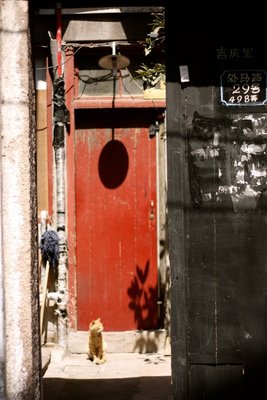 It seems that not all of the people living around the Cool Docks were displaced when the area was turned into retail shops and restaurants - this is what the sculpture was gazing at: a cute kitty in the courtyard outside someone's front door 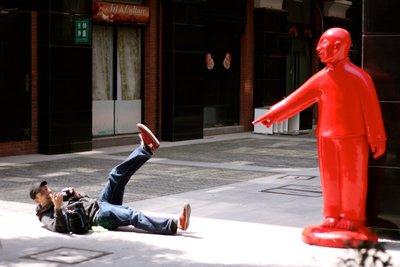 As you'll soon realize, Jeff is somewhat of a character 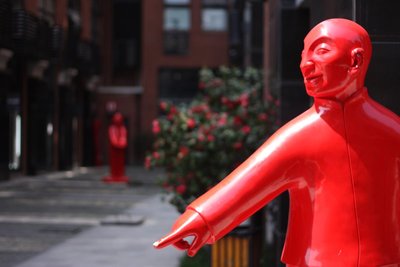 More of the red sculptures 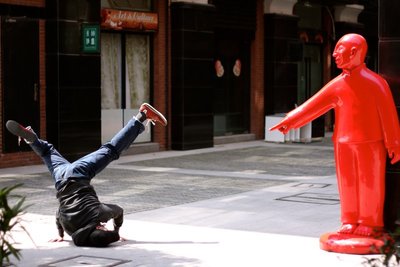 No, Jeff hadn't fallen - this was his pose (to be honest, I took a bit longer to take the picture than normal, just to see how long he could hold the pose - longer than you'd think he could!) 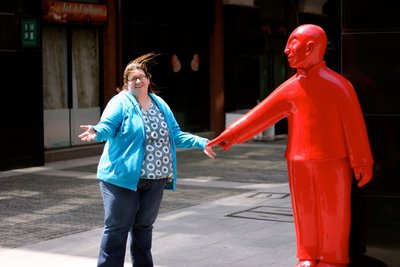 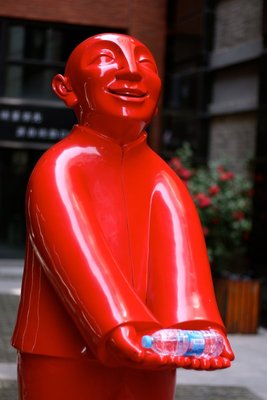 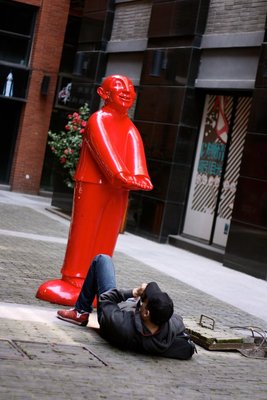 After lunch, I went to a Buddhist temple near the restaurant and just down the street from my house. Those pictures will be in my next blog entry. Maybe I'll have it ready to publish later today, but I should really get back to work for now.

Posted by feiheli 22:44 Archived in China